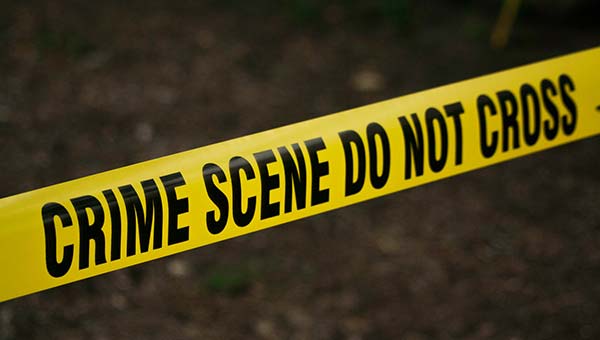 In Illinois, violent crimes are defined as those where the defendant uses force or the threat of force against the victim. Violent crimes include homicide, sexual assault, assault, battery, and others. These crimes have the potential to carry some of the most severe consequences if you find yourself charged and convicted. If you are arrested or you’re being questioned by the police regarding a violent offense, it’s crucial to contact an experienced criminal defense attorney right away. Contact Attorney Daniel Johnson today at 773 864-9281 for a free consultation.

In the state of Illinois, murder is defined as the unlawful killing of another person. In order to be convicted of first-degree murder, the prosecutor must prove that you, the defendant, killed the victim. In addition, they must prove one of the following:
If you’re convicted of first-degree murder, including felony murder, you will face at least the mandatory minimum sentence of 20 years in prison. Certain aggravating factors can increase the mandatory minimum sentence. For example, if the prosecutor is able to prove beyond a reasonable doubt that you used a firearm to commit the murder, the mandatory minimum is increased to 45 years. This means that if you’re convicted, the judge is required to sentence you to at least 45 years in prison.


Second-degree murder is considered a Class 1 felony, and if convicted, you could be sentenced to 4 - 20 years in prison.

In the state of Illinois, the term rape is not used in the statute. Instead, it is referred to as criminal sexual assault. To be convicted of criminal sexual assault, the prosecutor must prove that there was sexual penetration and one of the following:
Sexual penetration is defined as any contact, however slight, between the sexual organ or anus of one person, and an object, sex organ, anus, or mouth of another person.

You can be convicted of battery if without lawful justification you (1) cause bodily harm to an individual or (2) make physical contact with an individual that is either insulting or provoking in nature. Battery is a Class A misdemeanor.

If you commit a battery against a family or household member you can be convicted of domestic battery. While domestic battery is a Class A misdemeanor it can be increased to as high as a Class 2 felony based on your criminal history.

You can be convicted of aggravated battery if while committing a battery any of the following factors are present.
Aggravated battery is a Class 3 felony but can be elevated as high as a Class X felony depending on the circumstances of the crime and your criminal history.

Assault is defined as placing another in reasonable fear of receiving a battery without lawful justification. Assault is a Class C misdemeanor.

You can be convicted of aggravated assault if while committing an assault any of the following factors are present.
Aggravated assault is a Class A misdemeanor but can be elevated to a Class 4 or Class 3 felony depending on the circumstances involved.