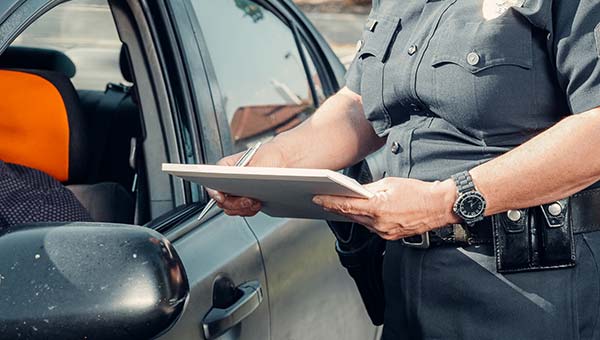 Being charged with driving under the influence (DUI) can be a terrifying experience, as there can be severe consequences if you are convicted of the charge. It’s important that you know enough about the laws regarding DUIs to avoid finding yourself under arrest for this offense. If you were arrested for a DUI or you are having legal trouble related to any other type of traffic violation, Attorney Daniel Johnson is here to assist you. Contact Attorney Daniel Johnson at (773) 864-9281 for a free consultation today.

Driving Under the Influence of Alcohol

In Illinois, you can be charged with a DUI for driving under the influence of alcohol or other drugs. Since alcohol is legal and so easily accessible, it’s essential that you understand the law and don’t get behind the wheel of a car if you are intoxicated or over the legal limit.


In order to be convicted of a DUI, the prosecution must prove that you were driving or had actual physical control of the vehicle. Actual physical control means that you had the capability or potential to operate the vehicle. This is determined by looking at several factors, such as wherein the car you’re sitting, if the car is running or not, where the keys are, where the car is located, whether you were sleeping or not, if anyone else is inside the car, if you own the vehicle, and any other relevant factors. The main question is whether you were physically able to drive the car and put the public in danger. Actual physical control is very fact-specific, so it is decided on a case-by-case basis.

Actual Impairment or Amount of Alcohol

In Illinois, you can be arrested and convicted of an alcohol-related DUI based on the fact that you are impaired due to how much alcohol you’ve had to drink, or simply based on the amount of alcohol in your system, even if your driving didn’t seem to be negatively affected by your drinking.


Amount of Alcohol
Under Illinois law, you can be convicted of a DUI based on the amount of alcohol in your system under the following circumstances:


Actual Impairment
Being convicted of a DUI based on actual impairment is a bit more complex, as it’s more about your behavior and how you were driving than just the amount of alcohol in your system. This means that if a judge or jury determines that, based on your driving and other evidence, you were actually impaired, you can be convicted even if you’re over the age of 21 and your BAC is below .08%.

It’s also possible to be charged with and convicted of a DUI related to using illegal and legal substances other than alcohol. If you operate a vehicle and ultimately test positive for any controlled substance in Illinois, you can be charged with DUI. If you’re under the influence of a legally prescribed medication, the prosecution will have to prove that you were incapable of driving safely. If you’re under the influence of illegal drugs or don’t have a prescription, you can be found guilty per se by simply having the substance in your breath, blood, or urine. The only exception is if the level of THC is below 5ng/m.

If you’re convicted of more than one DUI, the penalties are significantly higher on the subsequent conviction. There can be mandatory jail sentences, higher fines, and more extended periods of driver’s license suspensions after a subsequent DUI conviction.

Traffic violations can result from speeding, car accidents, and many other circumstances. Most traffic offenses can be resolved by paying the traffic tickets but doing so can result in serious consequences. For example, multiple moving violations can cause your driver’s license being suspended or revoked. In addition, if you find yourself facing more serious charges, you may be subject to severe punishments such as a loss of driving privileges, a considerable fine, and a prison sentence.


Some of the more serious charges Attorney Daniel Johnson is prepared to assist you with include:


Why You Need a Lawyer for Traffic Violations
For many people losing the privilege to drive a vehicle would negatively impact their lives. For example, it may negatively affect their ability to earn a living, transport children to school, go to doctor’s appointments, and meet other family needs. As a result, if you are charged with a traffic violation that could result in a loss of your driving privileges, a significant fine, or incarceration, it is essential that you contact a lawyer immediately.


Attorney Daniel Johnson Is Here for You
DUIs are always serious, especially when it’s not your first offense. Traffic violations can also lead to adverse consequences. If you are charged with a DUI or are dealing with any other type of traffic violation, it’s critical that you contact an experienced criminal defense attorney right away. The DUI and traffic laws can be confusing, so legal representation would be beneficial. Daniel has handled DUIs and other traffic offenses and has the dedication and experience to take your case. Contact Attorney Daniel Johnson at (773) 864-9281 today for a free consultation.